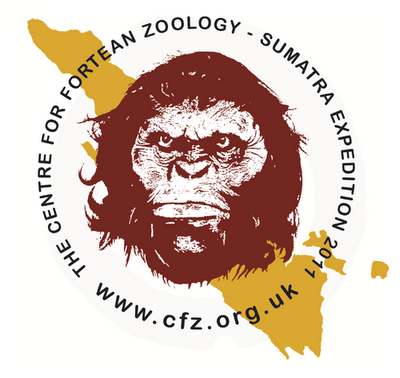 Distinctive and often elusive animals in all parts of the world tend to attract myths and folklore as people attempt to explain away what they see as strange behaviour or unusual actions. Sumatran rhinos are no exception to this and have been a muse for folkloric tales throughout their historic range from Burma (or Myanmar as it prefers to be called these days), India and Bangladesh and the Indonesian islands of Sumatra and Borneo.

The most famous story about the rhinoceros in the West is probably the mock-folklore of ‘How The Rhinoceros Got His Skin’ from Kipling’s ‘Just So Stories’. In the story a rhinoceros is punished for taking a Parsee’s cake when the Parsee rubs cake crumbs into the inside of the rhinos skin, which the rhino has just taken off for a while. Of more concern to the rhino than the fact that it appears to be able to repeatedly flay itself alive without any ill effect is that the crumbs are really itchy and the subsequent scratching causes the rhino to have bobbly loose fitting skin and a bad temper for evermore. The Just So story is not about a Sumatran Rhinoceros however; the story takes place on an island in the Arabian Sea and Kipling’s illustrations depict a one horned rhinoceros, not one with two horns like the Sumatran rhinoceros.

Some folklore which mentions the Sumatran rhinoceros specifically comes from Burma. According to the native Burmese the Sumatran rhinos favourite food was fire. The rhinoceroses would favour this food over all others and, according to some stories, would eat nothing else. It simply loved the stuff and couldn’t get enough of its flamey goodness. It was said that Sumatran rhinos would follow the smell of smoke from camp fires for miles until it found the camp, where-upon it would attack in order to get its lips around the burning wood. These stories probably originated from observations of rhinos eating ashes from spent fires, which is something that some animals do in order to get nutrients they maybe missing from their diet or just because the burnt wood and ashes have an interesting texture and taste, with fats or other components of a meal having splashed over the fire when cooking. During the Russian expedition the CFZ team witnessed a cow apparently eating a fire in the middle of a town. The cow was by all accounts tucking in with some gusto and jealously guarding its still embering meal from other cows with enthusiasm. Some elephants have also been observed travelling many miles to get to caves where they can lick salt from the walls as well, so there may be a grain of salt, if you pardon the pun, in tales of Sumatran rhinoceroses following the smells of a fire for gastronomic purposes.

Another story about the Sumatran rhinoceros, which spread across Sumatra and Malaysia was that the animal would shed and burry its horns once every year. It is rather sad that this isn’t the case because, if it were, then the price of rhinoceros horn on the black market for use in Chinese medicine would tumble because of the abundant supply and there would be no need for poachers to murder these magnificent creatures just to grind up something which has no healing powers at all to be fed to a dimwit with more money than sense who thinks it will cure his cold.

One final story told in folklore concerns an unusual hunting practice allegedly employed by the Eastern Sumatran Rhinoceros in Borneo. Local folklore has it that the creature will purposely save up a large deposit of faecal matter to dump in the shallow parts of a stream or river. Once it has made its deposit the animal waits for a while for the sent of its poo to permeate through the water, attracting fish. When enough fish have gathered around the rhino is then said to go back to its excrement and feed on fish that have been ‘stupefied’ by the excrement. It is not recorded in the folklore whether all rhino poo has this effect on the fish or if the rhino has to eat a specific plant beforehand to get this affect. Neither is it known whether tales of rhinos employing this practice are purely the creation of folklore or if, like fire eating, it might well be something the rhinos actually do. The Eastern Sumatran rhino hasn’t been filmed doing this, or observed in modern times by a very reliable witness doing this but, as they were only even photographed with a camera trap for the first time in 2006 not a lot is known about the subspecies’ ecology.
Posted by Jon Downes at 11:34 AM

Once again, the one-horned rhino species is also recorded from Sumatra and would represent a second species on the island: it's only a difference of opinion among the reference books as to the existance or non-existance of the second species. The two species are quite distinctive from one another otherwise in habitat, habits and appearance.