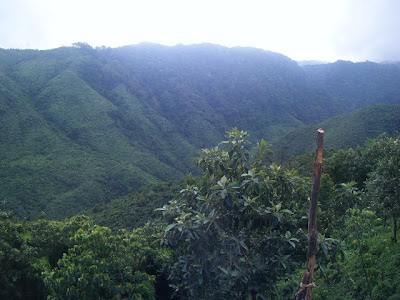 A few weeks prior to our arrival the jungle was filled with elephants passing through the area.
Each morning we heard the hoolock gibbons calling from deep in the forest. 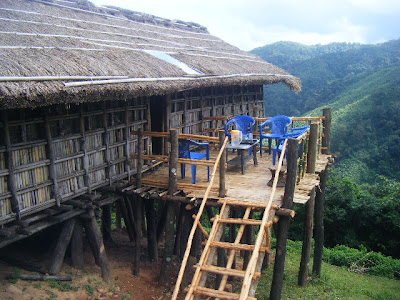 This is a tourist lodge in the jungle at Nokrek. It is made to look like a traditional Garo house.

One night, or so our guide Rudy said, a tiger was prowling around it, attracted by the live chickens.

Sadly we didn't see hide nor hair of it! 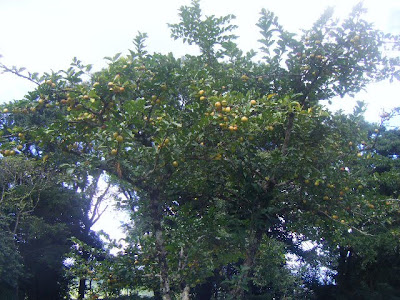 We sampled a local wild fruit that the guides called 'tescun.'
It was quite delicious, but also quite unlike anything I have tasted before.
Describing the flavour would be akin to trying to describe a new colour never seen before! 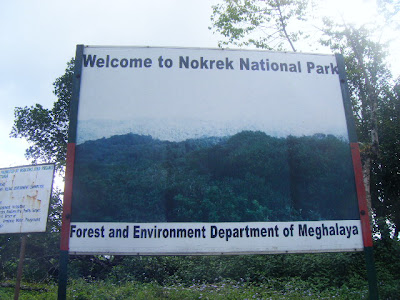 One of our first ports of call was Nokrek National Park.

There have been several recent mande-barung sightings here.

We set up several camera traps baited with fruit and left
them in the hope that the creature would be attracted. 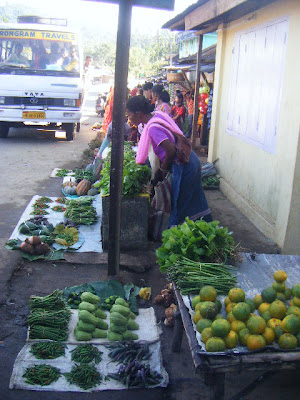 We bought fresh produce from village markets; produce such as
fruit, rice, vegetables, eggs and live chickens. All of whom I named!
The food prepared by our guides in the jungle lodges
was far better than the fare we endured in Tura.
Posted by Jon Downes at 12:32 PM

There was a tiger prowling around and you missed seeing it?

I would have been disappointed under such circumstances myself.

However it might be pointed out that the Mande Burung is at least as canny and intelligent as a tiger and thus even better at avoiding detection. And the tiger is even bigger, if you want to add that to the likelihood of the MB escaping detection.

Just to put the problems the expedition was up against into some sort of a perspective.