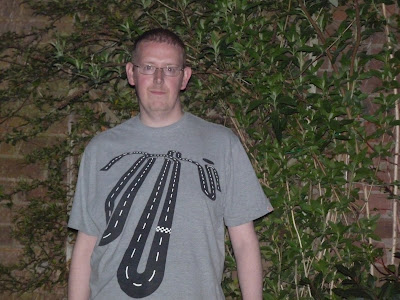 Glen is one of the newer additions to the bloggo family. He wrote to me out of the blue last year to ask whether we wanted a Western Isles volume in our Mystery Animals of Britain series. We agreed that we did indeed want one, and commissioned him. What we were not expecting was such a bloody good writer and all-round nice guy, who - by the way - is writing several other volumes for us, and he is even going to be speaking at the Weird Weekend. Wayhay!!

BTW Lizzy and I are working through the final proof of Glen's book as we write, and it is smashing. 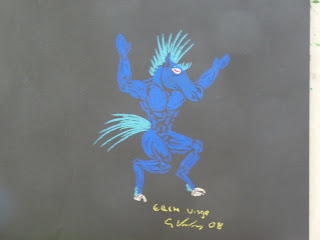 While putting together the Mystery Animals of the Western Isles I came across a number of very interesting tales contained in various old books. Only some of these tales made it to the final draft but there was one about a phantom black dog on Mull that I definitely wished to include an account of. Eagerly and somewhat amateurishly, I approached the publishers of the book requesting permission to use the copyrighted material.

When they asked what my offer was to reproduce this material was, I was momentarily stumped, then thought, 'I wonder if they would like one of my pictures?' Yes, they agreed and so it was that the Black Dog of Ardura can be found in all its gory glory. With publication of the book being on the horizon I have in the last few days posted off a picture in way of payment. It is one of the original concept sketches for the spotters guide that forms part of the book and features a rather dashing each uisge. I hope they like it as much as I did.
Posted by Jon Downes at 9:31 AM