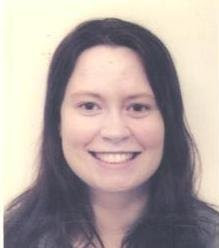 It is always nice to be able to introduce you all to a new guest blogger. Possibly the nicest thing about the CFZ bloggo is that it is a living, breathing community, and new people arrive on a regular basis. I can't tell you anything about Liz, apart from the fact that she bought some books from us at Uncon, briefly spoke to Richard, and has a charming habit of referring to me as `Mr Downes`, when everyone else calls me `Jon` or `Hey You` (or somethimes something more scatological). She is obviously one to watch....

It was from the friendly little town of Heywood in Lancashire that I descended on UnCon in November 2008 for the first ever time. I was looking for anything to do with ape-men and I was not disappointed. I sat like a five-year-old at story-time through Richard Freeman’s almasty talk (genuinely convinced he had caught one and would bring it out any second; I even primed my camera just in case!) and bought every book on the CFZ stall that mentioned Bigfoot in the contents list.

You see, British Bigfoot has fascinated me since childhood. Growing up in nearby Rochdale I heard tales of Heywood, or Monkey Town (or Ape Town) as residents and neighbours call it: a little mill town where the people have long brown tails and the pubs have holes in the bar stools to accommodate said appendages. This was a place where monkey-men and human apes roamed the streets and local woodland; where it wasn’t safe for ordinary men and women to walk alone lest they be accosted by Roddy McDowell’s less benevolent cousins.

When I moved to this place of wonder almost three years ago I eagerly cased out the local pubs with my mate Donna for incomplete bar-room furniture. I took the dog to the Roch Valley Nature Reserve in case Bigfoot lurked under the footbridge over the river like the troll from the old fairy tale.

Alas, my hopes have recently been dashed. Ape Town has a railway line and a station; now mainly used by the East Lancashire Railway Preservation Society; and this line was built by Irish navvies who pronounced the Heap Bridge section “Ape Bridge.” The nickname stuck and ever since Heywood has been proud to call itself Monkey Town.

There is a little hope, however: on a recent late-night walk through town I did notice a group of very suspicious-looking hominids in black tracksuits, swigging beer and puffing on spliffs at the back of Morrison's.
Posted by Jon Downes at 5:41 PM