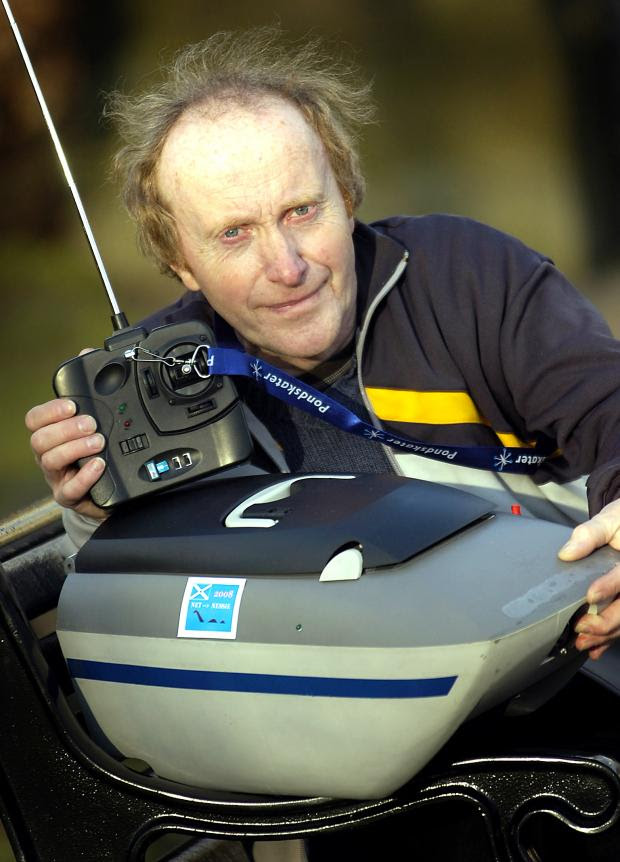 Loch Ness monster expert Gordon Holmes
Loch Ness monster expert Gordon Holmes from Shipley has taken to the skies in his latest bid to capture footage of the legendary beast.
Mr Holmes is Britains’s most dedicated Nessie hunter and this summer sent a tiny camcorder hovering 80 foot above Loch Ness, to search for signs of water disturbances.
His home-made spy in the sky was carried aloft by 10 helium filled foil balloons, explained Mr Holmes: “Originally, I’d hoped to drag the cluster of balloons plus camera around the loch using a radio controlled boat, but the winds are so unpredictable.
“During my first launch attempt, two balloons exploded when blown onto the local sharp rocks.
“However, by the third attempt on the final day the conditions were perfect to launch.
“The spy in the sky cam produced better results than previously expected,” Mr Holmes said.
Read on...
Posted by Jon Downes at 2:07 PM