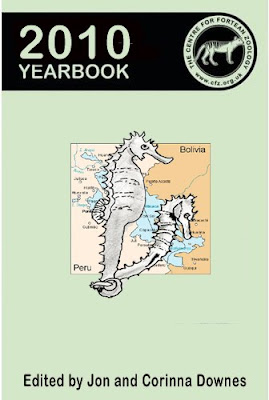 The 2010 Yearbook is in production now. It will be published on New Year's Day and the contents include:

The 200pp+ volume also includes the annual reports from the CFZ, and the Australian and US branches.

It will be £12.50 (no price rise since 1995) plus postage and packing. However, if you pre-order here and pay using paypal at the special low price of a tenner, you will receive it - post free - in early January.