Today I take a look at some examples of bizarre bird behaviour, including one or two snippets involving birds that do not fall into this category. As usual I work in chronological order. Tomorrow I present part two.

From Country-Side Monthly February 1911 p.57:
'Alleged Savage Gulls-A reader sends a cutting which describes how two fishermen, while cleaning their catch of fish “were attacked by a thousand ravenous seagulls and one of them received a number of wounds from beaks and talons before other fishermen beat off the birds with oars and boathooks.” How much foundation of fact there may have been for this story would be hard to say; but some parts of it are manifestly incorrect. The gulls may have assembled in large numbers to eat the offal of the fish and may then have proceeded to steal the fishes also; but that they “attacked” the men is not conceivable. Each gull would be actuated solely by a desire to get food for itself; and collectively they would have no idea of getting the food by “attacking” its custodians first. The suggestion, again, of wounds from the “talons” of seagulls is absurd. Seagulls have small and tender webbed feet, and they would no more think of trying to strike a man with their “talons” than of tickling him with their tails-E.K.R.'

Unfortunately E.K.R. does not give a location for the above mentioned aggressive gull behaviour. 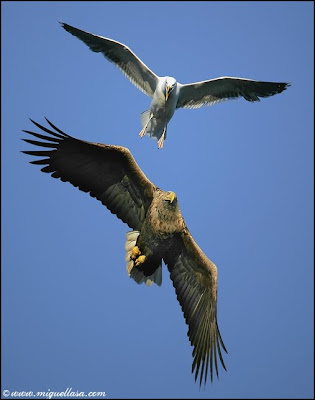 2, below is a very strange report from a very strange place, Hong Kong, where I spent 19 years, 1966-1985: Wanchai was the red light district when I lived there, on Hong Kong island. I don`t know its fate since the colony returned to China in 1997. The Star was a tabloid type newspaper.

'Wanchai `Ghosts` Play Tricks. The “ghosts” of three people feared killed in the collapse of an old Wanchai tenement on Friday night played some tricks overnight with rescuers. The search for the three had already been called off when a dove was suddenly spotted as it flew from the ruins. This sign of life electrified rescue workers, who re-started their frantic digging. Suddenly a car horn deep inside the ruins sounded - then stopped. “Sound the horn again if you`re alive!” shouted a rescuer. The horn sounded again. The workers grabbed their picks and shovels with fresh zeal, ignoring the risk of a further collapse, and finally the rubble opened - to reveal an empty car, some bricks and wood resting on the steering wheel and horn. And in a nearby flat, the dove, which had earlier drunk greedily when given water, suddenly fluttered…and died.'

I don`t know if the item below is significant or not, but I include it in case it is:

'A Clue To The Bird I believe I may be able to provide a clue as to the whereabouts of the photo of the giant bird nailed to the side of a barn. I saw the photo in question on television during the mid 1960s during a program on which Canadian author-columnist Pierre Berton was interviewing the late Ivan T.Sanderson who discussed the various oddities he had encountered during his career. I surmise that The Society for the Investigation of The Unexplained founded by Mr. Sanderson might have the photo - or it may be part of his estate. In any case it might be possible to check the videotape of this programme, for “The Pierre Berton Show” was syndicated by Screen Gems out of Toronto and it ran from about 1964 to 1973 on various television stations across Canada. No doubt Screen Gems keep files on all past programs - W. Ritchie Benedict, Calgary, Alta,Canada

The letters page in B.B.C. Wildlife Magazine in September 1987 featured several letters on the subject of 'Do birds mourn? (page number unknown)

'I was intrigued by the feature `Do birds mourn?` which has prompted me to write concerning an experience I had with mute swans at Loch Feachen, near Oban, in February 1986. My wife and I were heading north one morning when I spotted a diver, which we stopped to watch. I then noticed two mute swans which moved away from a group of about eight and headed for what looked like a dead swan on the foreshore. Walking up the road I found that it was a dead cygnet. I sat on the roadside and waited. The parents (I presume) reached the shore, and without leaving the water they stretched their necks across the shingle and began swaying to and fro. Though they made no sound,this was surely a lament. Lifting herself on to dry land the pen moved slowly towards her offspring, followed closely by the cob. As she reached the dead bird she ran her neck and face all over the body and carried out a last preening with her serrated bill. I usually steer clear of anthropomorphism, but I`m sure that anyone who had seen the two swans behaving like this would have been convinced that they were indeed mourning. Sean Wood, Crowden, Cheshire.'

'Life is imitating horror films in Sutherland, where avian aggressors are terrorising locals, a la Hitchcock`s film The Birds. Diving herring gulls have already lacerated several unprotected pates-one woman from the village of Embo required stitches- and locals in East Sutherland say they are being terrorised by the gulls. Skuas have long been recognised as aggressive birds, and those coming into close contact with them almost expect to be divebombed. But it is a mystery why gull species are behaving in this way.” Edited by Tim Richardson.'

Finally, a handwritten note from my files:

'Large bird about the size of an eagle. Brownish with other markings. Ragged wings.At Orcheston, Wiltshire.June 7th 1996.Orcheston is about 7 miles NNW of Salisbury. (I have no idea who gave me this information.)'


And you know it`s time to go

Through the sleet and driving snow

Across the fields of mourning

Lights in the distance…. (U2 A Sort of Homecoming)
Posted by Jon Downes at 9:52 AM