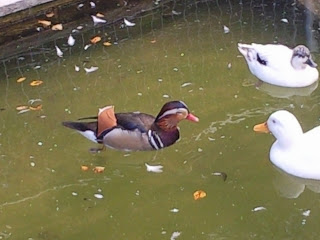 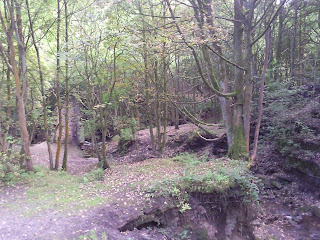 Three Owls is a hospital and bird sanctuary based in Norden, Rochdale. It opened in 1962 and is staffed by a mixed team of both paid and voluntary staff, and is managed by Nigel Fowler. Last year the hospital treated 2104 birds, 55% of which were released upon recovery; those of the remaining 45% that survived but could not be completely healed, now reside in the sanctuary and will for life.

Three Owls is a remarkable place. Though its main function is as a working hospital and haven for birds, visitors can be admitted and shown around the site (please see http://www.threeowls.co.uk/ for details). However, Three Owls is not a zoo. They do not keep exotic or endangered animals, and the birds in the sanctuary are not kept for display; they are merely too unwell or too domesticated to be safely released. No admission fee is charged, though donations are welcome. Much has been reported recently in local newspapers (and on our own blog a couple of weeks ago) about the accusation that Three Owls are operating as an unlicensed zoo, and may, as a result, be forced to close.

Having visited the sanctuary recently and spoken to Len, a member of staff who kindly showed us round, I can report that the situation is hopefully looking less dire. Rochdale Metropolitan Borough Council have been to inspect the site a second time and it appears that they may well accept what the team at Three Owls have been saying all along: they are NOT a zoo! What appears to have happened is that someone with some sort of axe to grind, has complained about the sanctuary, accusing it of being an unlicensed zoo. No one has any idea who this could have been or why on earth anyone could possibly object to the sterling work done at Three Owls, but the people at the council are obliged to act on any complaint. Fingers crossed, nothing will actually come from it.

However, Three Owls still needs your help. In order to continue treating and releasing wild birds into its four-acre woodland reserve, and in order to keep such personalities as Molly the raven in minced meat, the registered charity relies heavily on the kindness of visitors and well-wishers. If you would like to donate, please visit the website for details of how to do this.
Posted by C-E B at 10:37 AM