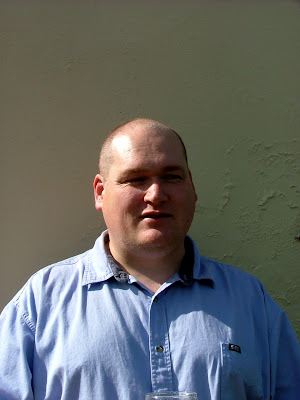 Paul Vella has been a friend of mine for many years, and has been running the CFZ BHM Study Group since 2004. I have been pestering him to become part of the bloggo team for months, and it is great that he has finally succumbed to my blandishments....

This weekend sees a conference in Yakima, Washington, which is home to Bob Gimlin and the late Roger Patterson. I shouldn't need to explain to readers of the CFZ blog that these two men were responsible for the film of the alleged bigfoot taken in October 1967 at Bluff Creek, California.

The event is a 'gathering' of bigfoot researchers, including presentations from researchers related to the film. Tickets for the event sold out quickly, and I'm not suprised, since it sounds like a terrific event, however I was dissapointed to learn that one prominent researcher and documentary filmmaker has been barred from the event simply because he has expressed opinion that the film might be a hoax - a view I agree with, it might be a hoax - as I often tell people, I wasn't there, so I can't 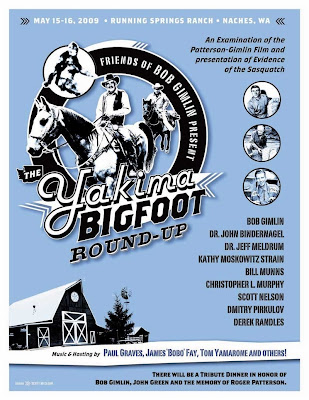 Whilst conferences can only be a good thing, I don't see any point in preaching to the converted. By barring anyone who doesn't agree in advance with the theories put forward by the presenters, you are of course guaranteed a good reception, but credibility goes down the pan. I wonder why Bob Gimlin would agree to barring people who think the film might be a hoax, especially since Gimlin himself once went on record as saying that it was possible that Patterson had pulled off a hoax without him knowing about it.

Expect a report from the event sometime in the next few weeks.
Posted by Jon Downes at 4:06 PM