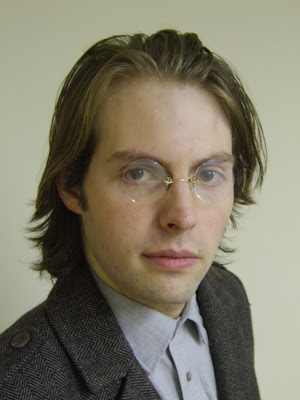 A FEW WEEKS AGO WE ASKED VARIOUS BLOGGO REGULARS TO TELL US WHAT WERE THEIR TOP THREE FAVOURITE MYSTERY ANIMALS... AND WHY
This evening it is the turn of Michael Woodley, CFZ Press author, star of last year's Weird Weekend, and all round good egg...
My favorite cryptid has to be the merhorse, or if you will 'Cadborosaurus'. If ever there were such a thing as a 'model' cryptid this would have to be it. It perfectly represents the nexus between all of the distinct strands of evidence that should ideally combine to inform cryptozoological research. The historical literature on this cryptid dates back to the 16th century writings of the Swedish ecclesiastic Olas Magnus (after whom its tentative binomial 'Halshipus
olai-magni' was coined by Bernard Heuvelmans), and folk-knowledge of this cryptid appears to be both ancient and culturally diverse. It has to its credit an impressive pedigree of sightings between the 1600's and the 1960's, of which 37 were considered to be 'certain' by Heuvelmans, and then of course there is the Naden Harbor 'Caddy' carcass photograph unearthed by Bill Hagelund in the 80's and made famous by the writings of Paul LeBlond and Edward Bousfield in the 90's, which may well show the remains of a genuine merhorse. Such are the compelling qualities of the data on this cryptid, that Darren Naish, Hugh Shanahan and myself recently published the first 'mainstream' peer-reviewed technical appraisal of it along with its crypto-pinniped cousins the long-necked sea-serpent and the Tizheruk in the pages of the journal Historical Biology. The merhorse may be the catalyst for a far more serious and nuanced scientific interest in cryptozoology than that which has come before.

The Almas are another cryptid kind that fascinates me. Again here we see the enmeshing of various distinct kinds of evidences which combine in this instance to paint an intriguing portrait of a currently unaccounted for hirsute hominid at large in central Asia. Heuvelmans and his colleague Boris Porshnev considered the Almas and their ilk to be 'Neanderthaloid wildmen' and coined a veritable thesaurus of binomial synonyms for them. The theory that they might be relict Neanderthals or Homo erectus is interesting of course, but perhaps the most tantalizing possibility is that they might turn out to be a new species in the genus Homo, the scientific and normative (ethical) implications of which would obviously be enormous.

Finally we come to the Mongolian death worm, a cryptid of such extraordinary characteristics than it can't possibly fail to excite the imagination. Here we have a venom spewing, electro-shock discharging, blood red colored 3-5 foot long 'worm' resembling a piece of cow's intestine which sounds like it belongs in the sort of bad B movies that always ended up getting riffed to pieces on Mystery Science Theatre 3000 back in the 90's. Despite its unlikely combination of traits,
reports of this cryptid (which didn't really enter the cryptozoological limelight until the early to mid 90's) are remarkably consistent at least as far as the deadliness of the cryptid is concerned, and span a respectable stretch of time. Although sightings are few and far between, the witnesses are eclectic and even include a Mongolian premier. It is my belief that many of the characteristics of this cryptid have been either blown out of all proportion or made up entirely. I once suggested some years ago in an article written for the CFZ Yearbook that it might be a new legless caudata (Salamander) species which breeds in the moister, southerly regions of the Mongolian desert and migrates north. Of course I know that Richard Freeman disagrees with me on this one! Ultimately however, only time will tell what is behind the legend of the Mongolian Death Worm.
Posted by Jon Downes at 5:00 PM